I’ve been writing since I could pick up a pencil and make alphabet shapes. Honestly.

My first play was about the Titanic and performed by three of my Year 5 friends. You could say it was a modern hit on a rainy day lunch time at Robertson Primary School. James Cameron went on to make a much better film, some ten years later.

The Vegemite Tales was my first professional play and it played for seven years in London, with the last two on the West End. I know that sounds like an outrageous lie – thank Buddha for google so you can go and fact check.

For the last eleven years I’ve had a glorious career on the radio with the ABC. It was terrific – I worked across ABC News, ABC Rural, ABC Radio National and ABC Radio all over the country. Over this time I’ve also written for The Guardian, news.com.au, The Daily Telegraph, The Mercury, WHIMN, Runner’s World, Island Magazine, Realestate.com.au and many more publications.

Ensemble Theatre is staging my next play The Appleton Ladies’ Potato Race, directed by Priscilla Jackman. I hope you’ll come and see it! 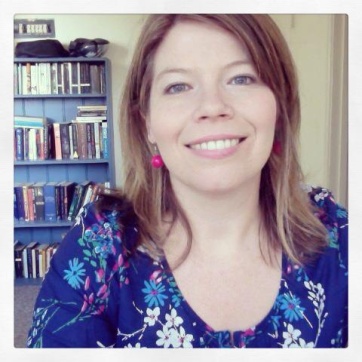 Allow me irritate you on all platforms